I hope you enjoyed your behind-the-scenes tour of Steam’s Final Hour.  There was something symbolic about that Wednesday afternoon in June — the best of steam power, represented by the 6330, giving way to the best of diesel power.  On Wednesday, June 17, 1953, at 3:00PM, an era — an age, an epoch — ended.  It is like we shall never see again. 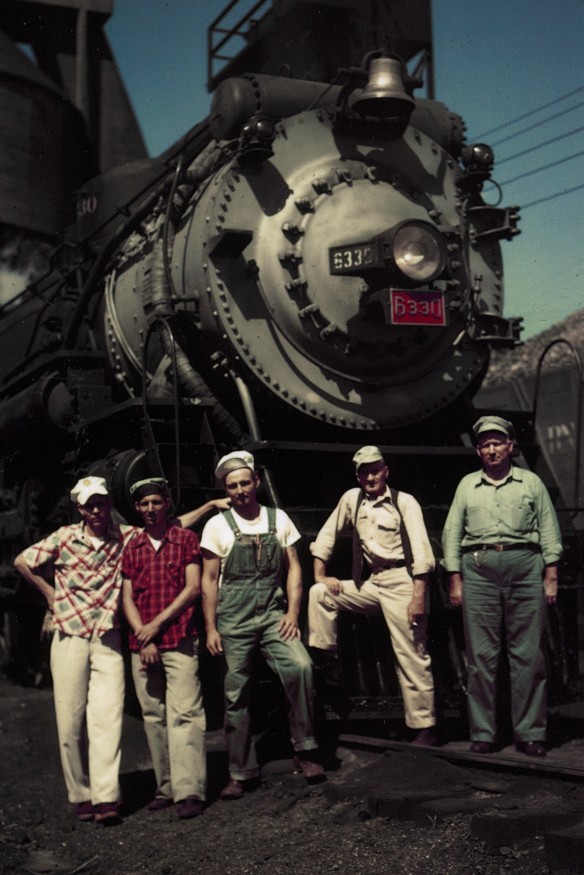 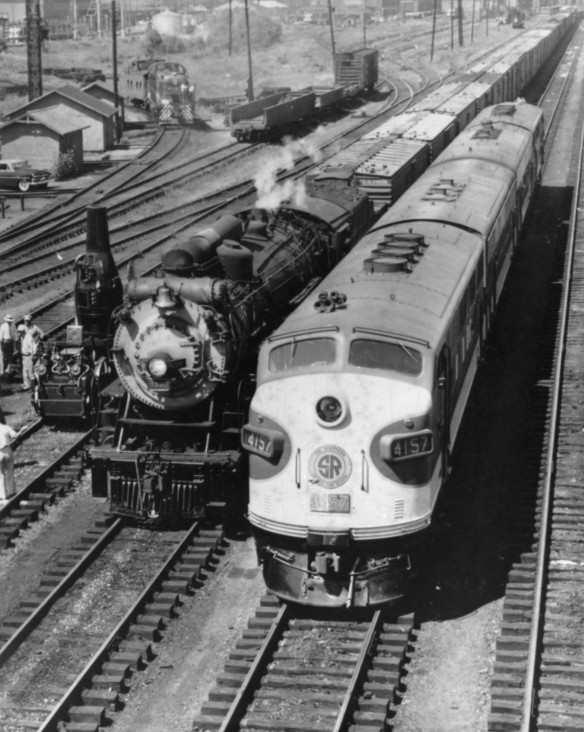 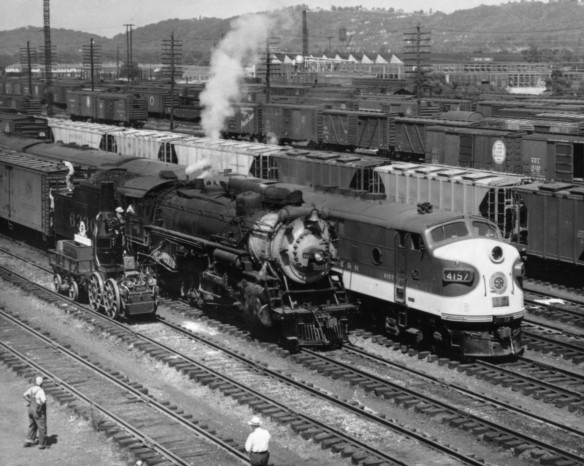 Click here to view footage from the print signing on November 19, 1994.

“Coming Up” — In my next entry, I’ll discuss the history and development of my Cleveland, Tennessee, Southern Railway Depot painting, Crew Change.

Additional blog features on the way:

Rock on Trains © 2011, Tom Rock + T.D.R. Productions.  All rights reserved.  Unauthorized use and/or duplication of this material without express and written permission from Tom Rock is strictly prohibited.