The title of my painting, “Crew Change,” was chosen to reflect on the time old honored tradition of the Tennessee train crews changing with the Georgia crews. Being that Cleveland was the last stop for Knoxville Division trains going through Cohutta, Georgia, on their way to Atlanta, the crews had to change at Cleveland.

In 1990 when I decided to paint the station in Cleveland, I headed for the library hoping to find a photo I could use for the layout. After spending several days searching through the library archives for that ideal photo, I finally came to the conclusion that I was going to have to take my own. This option makes painting an historical scene much more difficult because of the fact that the area has changed considerably over the years.

I first took a photo of the station looking south from the Inman Street overpass, which was then enlarged to the size it had to be for the painting. Next, I had to turn this view from 1990 back to 1940 using onion skin overlays, triangles, air brush, old photos, acrylic paint, local area citizens memories and a little help from the Almighty to produce what you are viewing.  I also received priceless historical information from a number of retired Southern operators and agents that worked out of the station — if it were not for the assistance of the following gentlemen, I do not believe I could have put this scene together:

The Cleveland station was officially opened in the spring of 1911 and closed in 1998. It has been placed on the National Register of Historic Places by the U.S. Department of Interior and is currently being restored. When the restoration is complete, the station should reflect the image shown in my painting. Included here are several photos that were taken throughout the 385 hours it took to complete the work; I’m also including a couple photos of the station that were taken in 1978 and 2010. Hopefully this 100 year old diamond in the rough will be shining again in the not too distant future for all to see.

With the assistance of Dr. William Snell of Lee College and the Cleveland Public Library’s Historical Branch I was able to obtain the following notable information pertaining to the construction of the Cleveland station:

In 1852, the Chattanooga, Harrison, Georgetown and Charleston Railroad Company was given permission to extend its connection from Chattanooga to Charleston in Bradley County. In 1854, the charter of this line was added to the East Tennessee and Georgia Railroad, and by 1858 the line was completed and in operation through Cleveland. Bradley County’s economic fortunes were heightened considerably with the completion of this line, and the line from Dalton, Georgia, to Knoxville.

At the outbreak of the Civil War, the fact that Cleveland was important to the national war effort was made evident by the telegram sent by President Lincoln to General Henry W. Halleck on June 30, 1862: “To take and hold the railroad at or east of Cleveland, Tennessee, I think is as fully as important as the taking and holding of Richmond.”

The fall of 1869 saw the East Tennessee and Georgia Railroad merging with the East Tennessee and Virginia Railroad until July 7, 1894, when these two railroads were absorbed by the Southern Railway System. With passenger and freight traffic through Cleveland and Bradley County on the rise, the decision was made that a larger depot at Cleveland would definitely have to be constructed.

On September 8, 1910, Division Superintendent R.E. Simpson made the announcement in Knoxville to Agent H.L. Davis, that the Southern Railway would be building a fine passenger station in the city within the next 6 months. In the spring of 1911, the depot in Cleveland was officially opened. 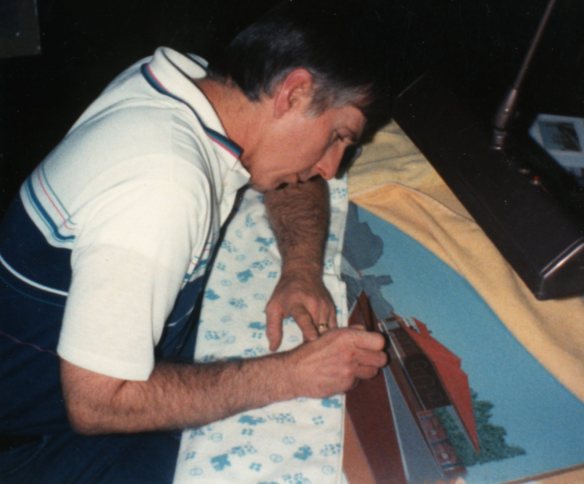 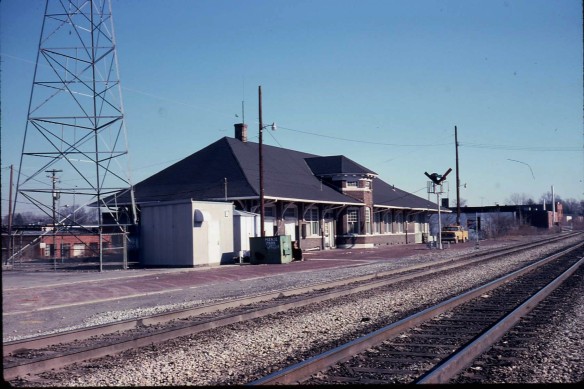 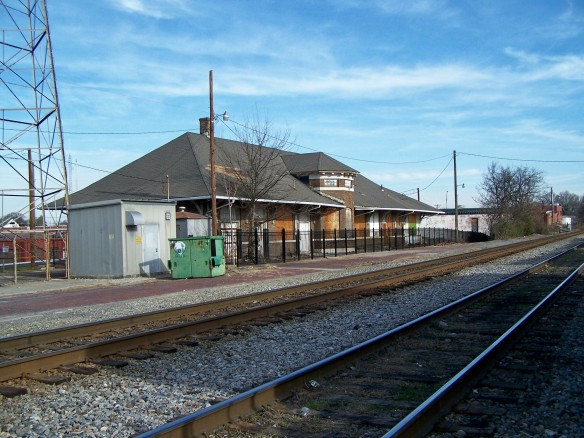 “Crew Change,” was featured in the January/February 2012 issue of Cleveland Life, a Special Section published by the Cleveland Daily Banner. Click here to download a PDF of the article, “Traveling the Rails.”

Rock on Trains © 2021, Tom Rock + T.D.R. Productions.  All rights reserved.  Unauthorized use and/or duplication of this material without express and written permission from Tom Rock is strictly prohibited.